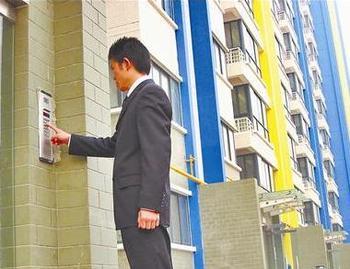 In addition to the ambiguity in business models, the lack of family market standards has caused everyone to stand still. At present, the integration of various subsystems in the household system is technically not difficult, but because the protocols between the subsystems are not open, it is difficult to communicate with each other.

"The docking between various systems and various devices does not have compatibility. Although it is possible to achieve compatibility through some technology switching methods, the cost will increase and the stability will not be good," said Xing Shaomo, a technology company.

There are too many systems in the home system. Each subsystem has its own standards, such as wiring, security, home appliances, etc. Each system has its own way. Only the introduction of the overall industry standard and the connection between individual standards can make the family safe. Really form an overall system.

Obviously, the family market covers a complex system engineering. It is difficult for a certain company to achieve a dominance, define the agreements and interfaces between products, and need to be promoted by relevant government agencies.

In April 2013, the National Standardization Management Committee formally approved the issuance of the "Control Network HBES Technical Specifications - Residential and Building Control Systems", which is a recommended national standard and the standard number is GB/T20965-2013. This standard is the world's only developed smart home and building automation system bus control standard - China Edition of KNX, which means KNX technology and standards in the Chinese market application of specific practices.

In addition, the 7 National Standards of the IGRS Information Industry Association (which is a standard refined on the basis of the â€œInformation Technology Information Equipment Resource Sharing Collaborative Serviceâ€) were approved by the General Administration of Quality Supervision, Inspection and Quarantine and the National Standardization Administration and formally released. , and will be formally implemented on July 1, 2013. The newly released seven IGRS national standards cover core technical standards in five major areas including smart homes, power line communication interfaces, next-generation Internet, service quality, and media interactive devices.

Although these standards are not mandatory, their introduction implies the progress of the Chinese home field industry in the standardization process. The integration and convergence of these standards will be the focus of future market development, and will also pave the way for a more comprehensive set of mandatory standards in the future.

With the gradual development of the market, there will be more and more manufacturers entering the home area, which will drive the market to develop faster and faster. Under the self-regulating and reshuffling of the market, the technology of the company that has undergone market baptism at the end will provide a good basis for future standards development. Then, through the guidance of the leading units and the promotion of strong companies, the standards will gradually mature.