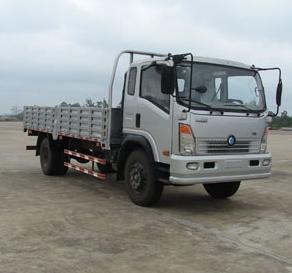 The traffic police department conducted a sample survey on the accidents. The investigation results were shocking. When a tail-traffic accident occurred on small cars and large trucks, the casualties were almost every vehicle. According to relevant data, the death toll of traffic accidents in China has been ranked first in the world for ten consecutive years, and trailing collisions are the main types of accidents, accounting for nearly half of the total number of accidents.

Large trucks do not have crash barriers. Once the rear-end collision is completed, the car will easily get into the chassis of the truck and the driver will be stuck with it. The possibility of surviving is small. Although large trucks are equipped with crash barriers, they can only play a buffer role in the event of a rear-end collision, but they can prevent the car from reaching the rear of the truck. At present, a normal car crashes at a speed of 100 km/h. As long as the seat belt is fastened and the air bag is opened, the occupants will generally not be in danger. However, if the car enters the bottom of a large truck, the air bag is difficult to be opened. Play a safety protection role.

In order to prevent the car from entering the rear of a large truck in a rear-end collision accident, the state has introduced many measures in succession.

In 2001, the General Administration of Quality Supervision, Inspection and Quarantine of the People's Republic of China promulgated the National Standard for the Protection of Sides and Rear and Lower Parts of Automobiles and Trailers, and clarified the standards for the installation of rear guardrails for goods vehicles.

In 2004, the General Administration of Quality and Technology Supervision, Inspection and Quarantine and the National Standardization Management Committee jointly issued the mandatory national standards for the â€œTechnical Conditions for the Operational Safety of Motor Vehiclesâ€, again clarifying the requirements.

The standard was revised in 2012 and this content is retained.

Although the country has specific regulations, large trucks with no side and rear protection devices on the road still abound.

According to relevant investigation data, 30% to 60% of large trucks in China do not have tail protection devices installed at all, and some of the tailgates installed do not meet the standards and requirements. Even some drivers are temporarily installed to meet the annual inspection requirements. Crash bar, dismantled after the annual review.

Why is the proportion of large trucks installed with anti-collision bars not high?

There are three main reasons: First, the propaganda on the relevant provisions is not enough; second, the relevant departments pay insufficient attention to this issue and lack special actions to deal with the problem; Third, the law enforcement is not strict, and traffic policemen on the road seldom do not install anti-collision bars. The large trucks were punished, and even many traffic police did not know how to penalize such behavior, and the vehicle inspections were not strict.

Given the increasingly severe situation in China's traffic safety, it is an important measure to improve the level of road traffic safety by effectively increasing the installation rate of bumper bars for large trucks. To this end, four suggestions are made:

First, increase the investigation and punishment of large trucks without installing anti-collision bars. The national traffic management department has launched a nationwide special campaign to investigate the failure of trucks to install anti-collision bars in accordance with the regulations, and the efforts should reach the same standards as "motorcycle special action" and "special treatment of motor vehicle speeding." Traffic ** should establish the notion that large trucks do not install anti-collision bars as required, and they are responsible for penalties for illegal acts.

Second, strict inspection and inspection of trucks. To start from the source, vehicle inspection centers or vehicle management offices should clarify their responsibilities, especially the annual inspection and approval of ** should be seriously responsible, strict control, and effectively bear the responsibility of â€œwho approves, who is responsibleâ€, do not install The anti-collision bar or the truck with the anti-collision bar but not complying with the requirements for "protection of the side and rear lower parts of the car and the trailer" will not be approved.

Third, to increase trucks must install anti-collision bar propaganda. Using newspapers, internet, television and other media to carry out propaganda activities throughout the country, so that every citizen realizes that especially large truck drivers are aware of the illegality and harmfulness of not installing crash bars, so that they can clearly establish that they do not install anti-collision bars. It is not the concept of legality.

Fourth, it is recommended that the State revise the law and add legal provisions that impose penalties for trucks that do not install anti-collision bars and do not install anti-collision bars as required. In addition, the law should also stipulate that automakers must first assume the responsibility of installing the crash bar, and non-conforming products must be recalled from the factory. If this causes an accident, they must assume joint and several liability and eliminate hidden dangers at the source.

Picking the right shower tray can be difficult given the huge array of options that are now available. The first thing to consider is the space available as this can quickly narrow your options down making the decision easier however if a large showering area is desired then there are almost endless possibilities. Apart from the obvious size considerations, expect to have to choose which material, shape and colour you require.